Halfway to the Ice

Yesterday my team (myself and others with our Mars-prototype drilling project) collected in Sydney and headed to Christchurch, NZ, where we saw in the New Year.

Emirates, despite their baggage policies, is pleasant as far as in-flight goes... good meals in coach, power and USB at every seatback, and live video looking forward from the cockpit and beneath the aircraft. The latter was particularly fun when flying over the Southern Alps on our approach to Christchurch (CHCH). 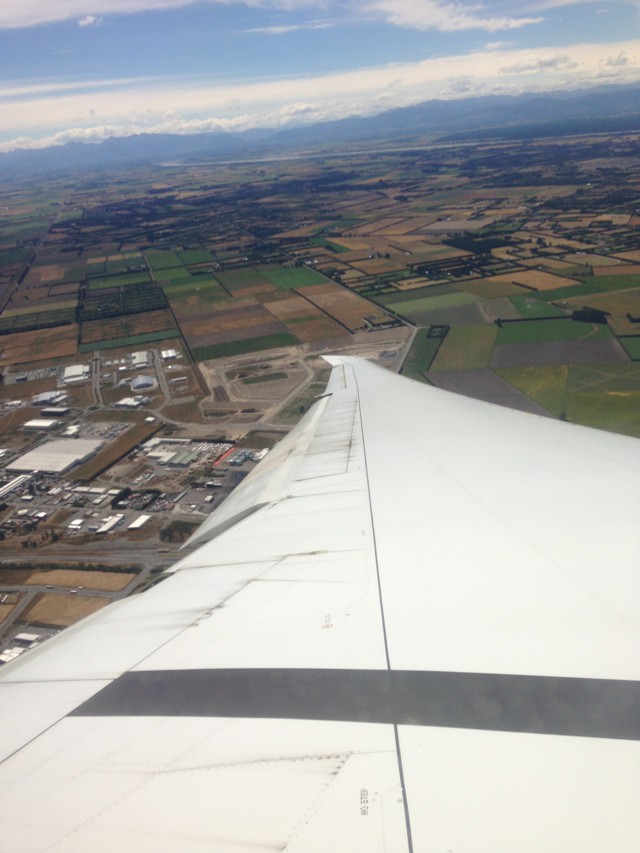 Here's a shot out the window, looking back at the high country to the west of CHCH. After landing, we taxied past the US Antarctic Program facilities across the apron from the passenger terminal. 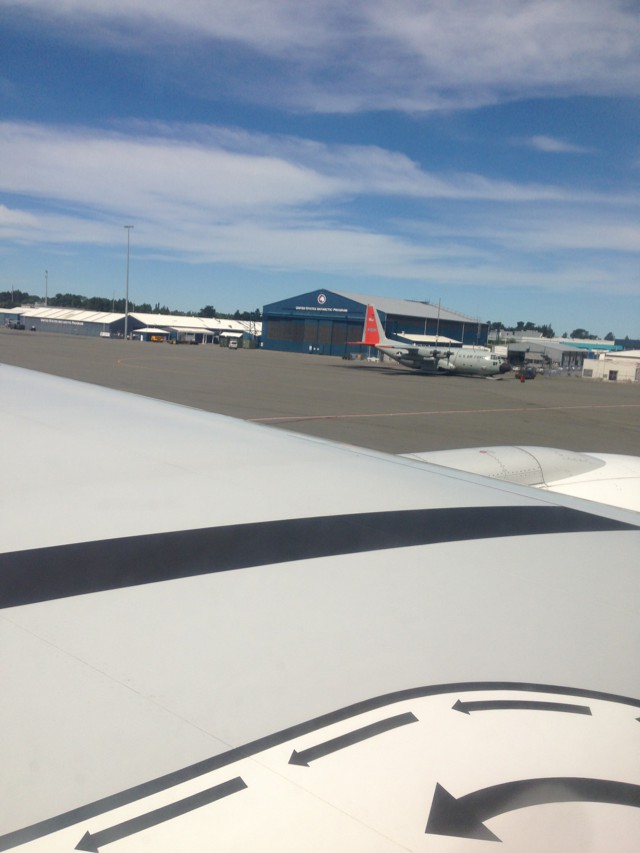 The runway conditions at McMurdo, we were told, no longer support C-17 or Airbus flights, so we will instead be scheduled a day later (3 Jan instead of late 2 Jan) on a ski-equipped New York ANG C-130 like the one shown in the photo. That means a longer flight before survival training on Thursday (weather permitting). 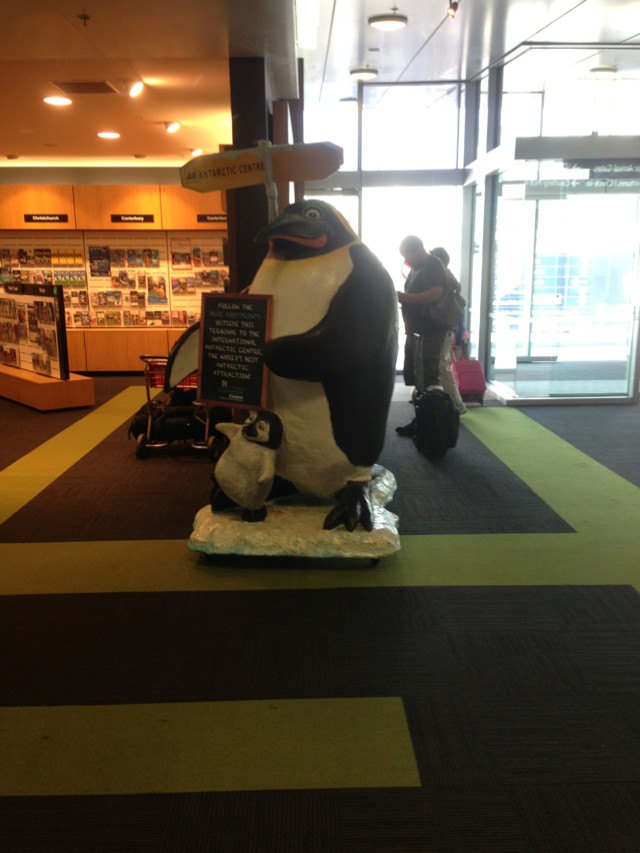 The USAP center itself is a sort of local tourist attraction... as shown by the "follow-me" penguin in the airport terminal. People pay to don red Extreme Cold Weather gear and stand in a freezer. ;-)

I picked up a rental car, managed twice to avoid left-vs-right incidents in the first couple of kms, then settled into it. The rest of the team was scattered at other hotels, so it is useful for coordination and shuttling to have transport.

A group convened at the Elms hotel... which is being rebuilt post-earthquake, with the front desk in a trailer outside... and went downtown to Hagley Park in time to count down the end of 2012 in the first timezone to see 2013. 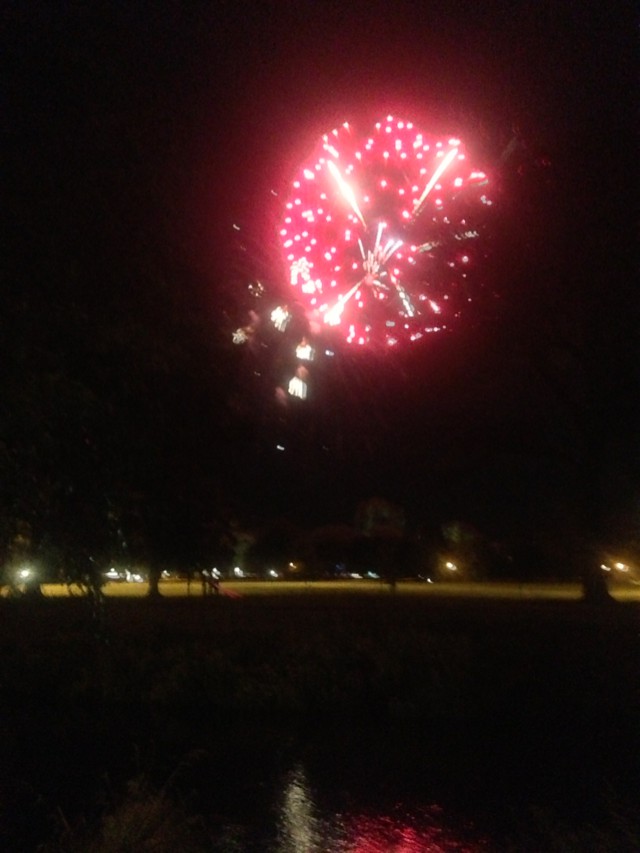 Today... sort through luggage, as I need to leave 50 lbs in storage in CHCH after tomorrow's ECW fitting and gear issuance.

Posted via LiveJournal app for iPhone.